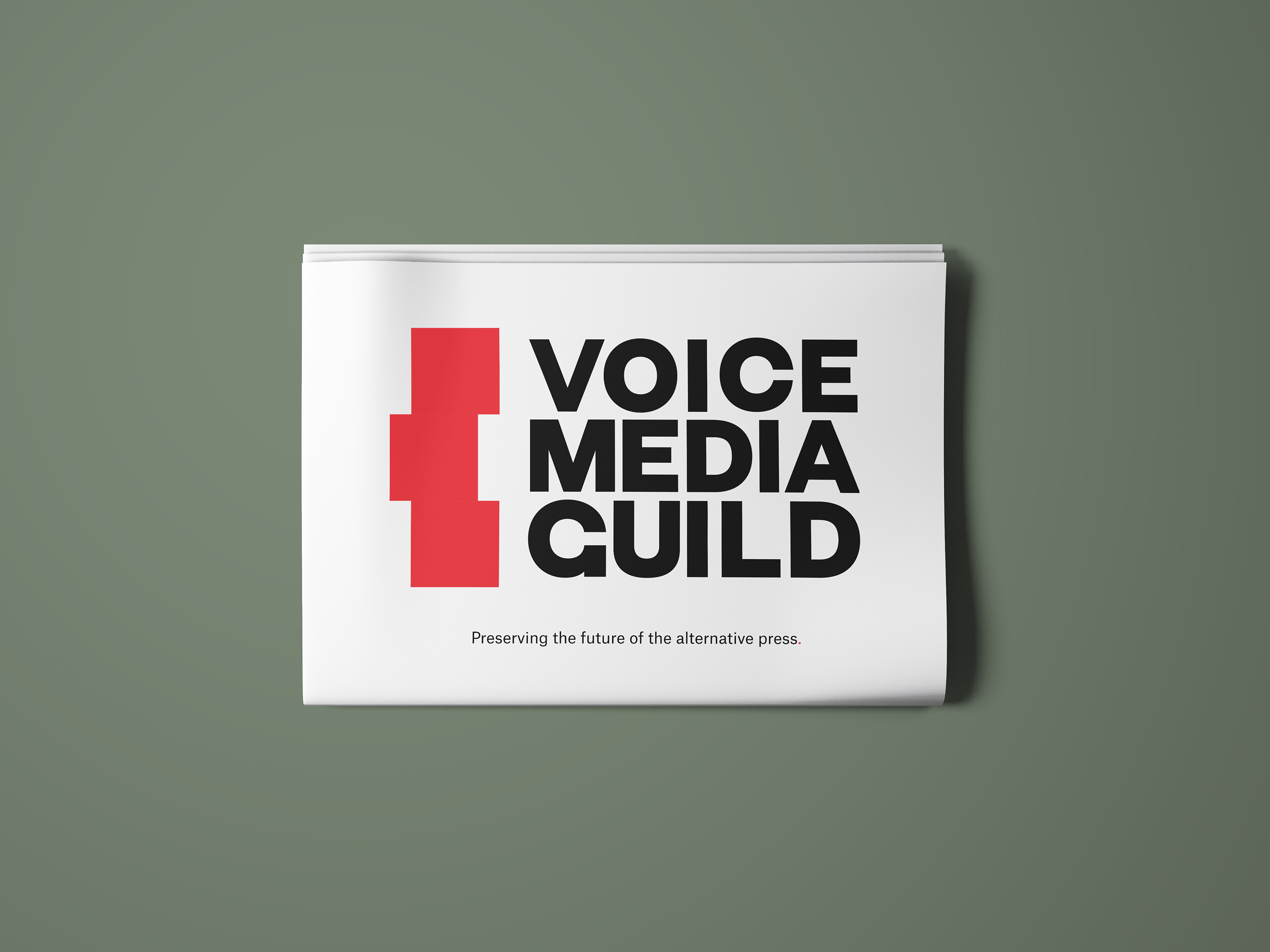 An identity for a journalists’ union for the alternative press
Studio
FREELANCE
Scope
IDENTITY, LOGO
‍
Voice Media Guild is a newly formed union of journalists. Two sister publications, Phoenix New Times and Miami New Times, formed the union to fight for their rights for better pay and benefits.

I was brought in to design a logomark and print materials for the union. In order to create visual association with the parent company, Voice Media Group, the union logomark uses a similar name, the same abbreviation, and a related color palette. They wanted to drive home a message of unity, solidarity, and empowerment.

The basis of the logomark is the three alternating I's in the logotype. Expanding the width, tightening the shapes together, and flipping the symmetry created a set of stacked blocks that create an abstracted bracket, symbolizing unity. These blocks can also be deconstructed and rearranged to build on the visual identity.

You can read more about the union here. 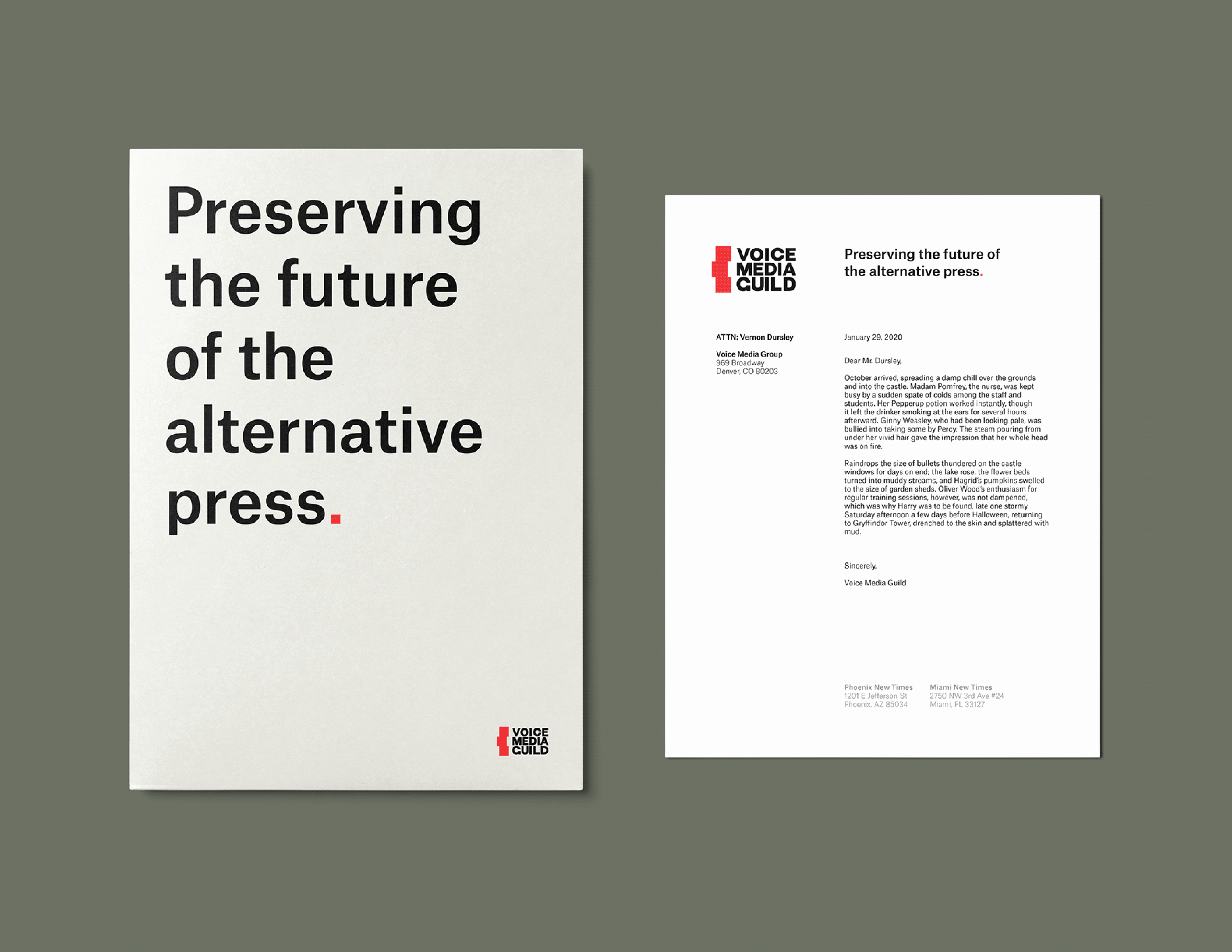 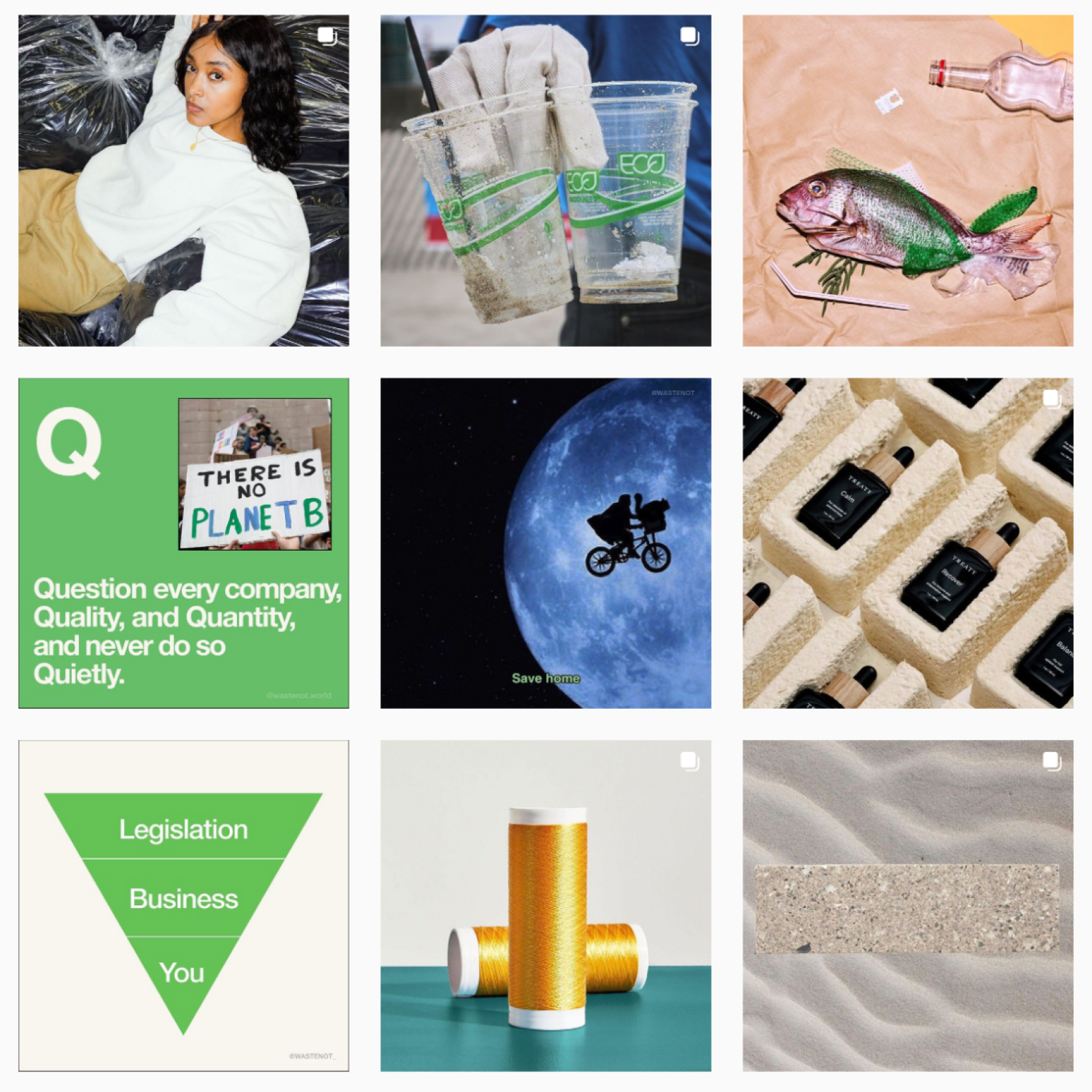 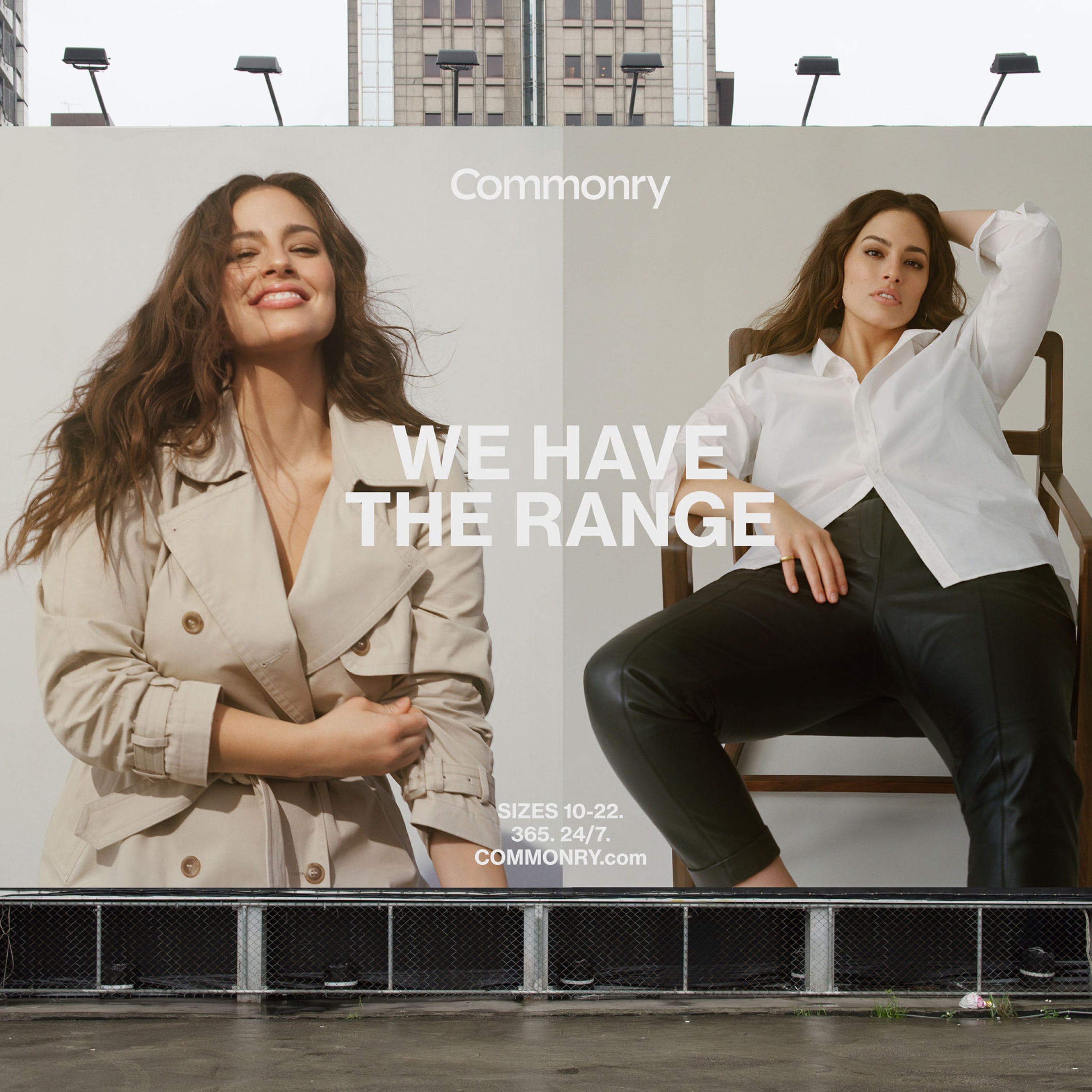 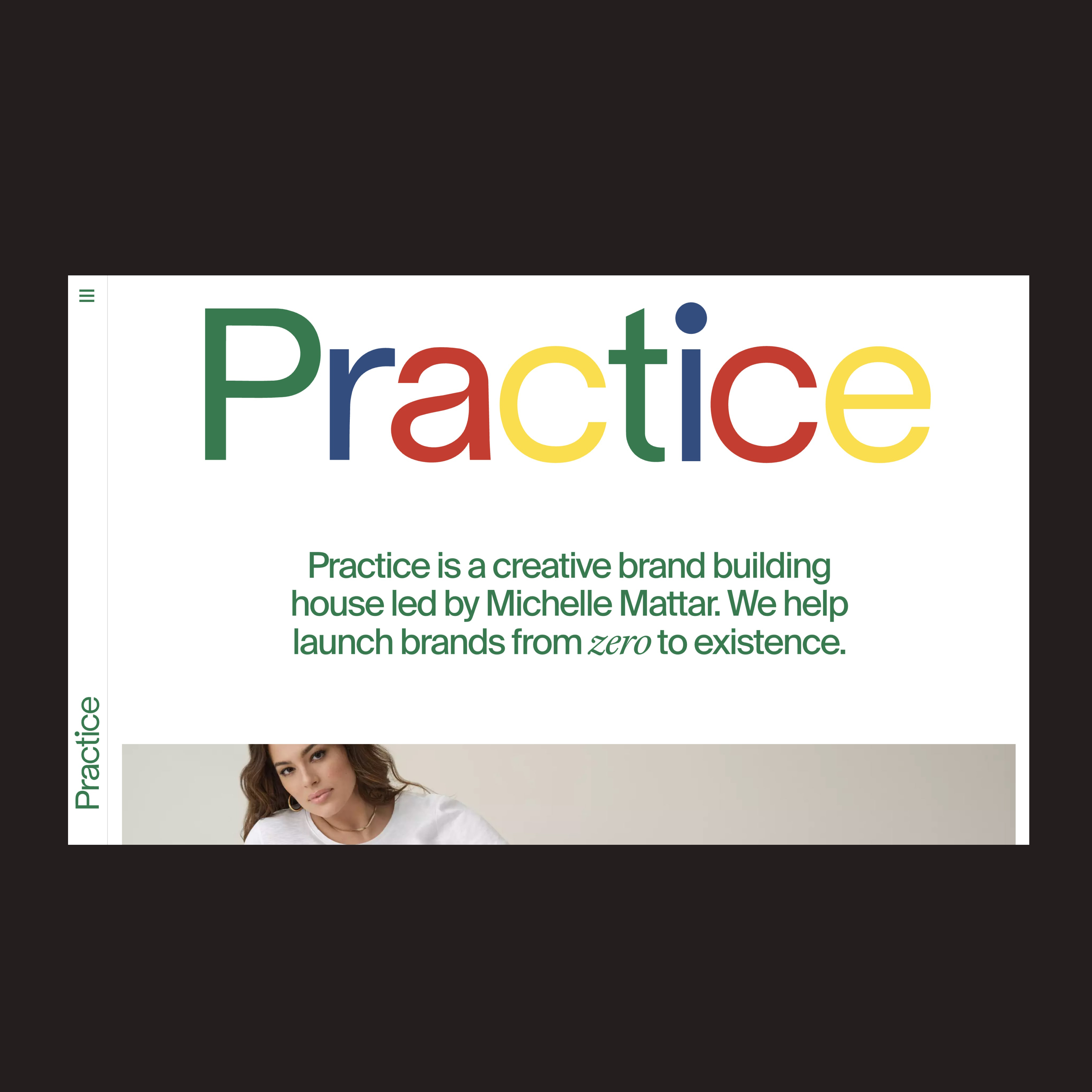